END_OF_DOCUMENT_TOKEN_TO_BE_REPLACED

Victoria Oil & Gas Plc announces that Gaz du Cameroun S.A. ("GDC"), its wholly owned subsidiary, has successfully completed pipeline pressure testing up to the boundaries of the Bassa and Logbaba power stations located in the port-city of Douala, Cameroon. GDC will now commence installing pressure reduction and metering units at both stations.

Sasol (JSE:SOL, NYSE:SSL) announced that it is formulating a comprehensive plan to conserve cash in response to lower international oil prices.

Eni, Vitol and Ghana National Petroleum Corporation (GNPC) signed today with the President of the Republic of Ghana, John Dramani Mahama, and the Minister of Petroleum, Emmanuel Armah-Kofi Buah, the agreement to proceed with the OCTP integrated oil & gas project in Ghana. First oil is expected in 2017, first gas in 2018 and the peak production will be 80,000 boed in 2019.

Engen Petroleum and X-Oil Congo have jointly announced X-Oil Congo’s appointment as the official exclusive distributor of Engen’s full range of lubricants in the Republic of Congo.

Victoria Oil & Gas Plc announces that Gaz du Cameroun ("GDC") has completed laying pipeline to the boundaries of the ENEO Power Station properties at Bassa and Logbaba ahead of schedule.

Engen is the first petroleum company in Zimbabwe to offer the environmental benefits of low-sulphur diesel (designated as 50 parts per million or 50ppm).

BP Southern Africa (BPSA), one of the oldest companies operating in South Africa for over 90 years, has completed a major Broad Based Black Economic Empowerment (B-BBEE) transaction with two new BEE investors, as part of its continued commitment to meaningful transformation in the country.

Engen, the African energy multinational fuel retailer and provider of convenience services, has invested over $4 million during the past two years to bolster its retail network in Zimbabwe and build on its strong presence in the commercial, industrial and mining sectors in the country.

The Company announced on 29 October 2014 that the 400mm pipeline under the Wouri River had been successfully laid. The Company is now pleased to confirm that the hydraulic and pneumatic pressure tests on this pipeline have been completed satisfactorily.

The Joint Shipping Initiative - made up of Shell, BP, Maersk, Stena and Japanese shipping companies NYK, MOL and "K" Line - today announced it has given$1.5 million of additional funds to a United Nations Development Programme (UNDP) project to improve the lives of Somalis and security for seafarers.

Following the commitment from the Egyptian government to repay outstanding debts to the energy industry, BG Group plc (LSE: BG.L), a world leader in exploration and LNG, has received a $350 million payment. 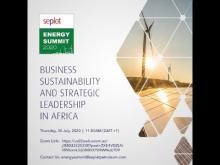 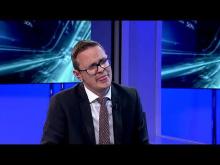